from Metamorphosis by Dave Douglas 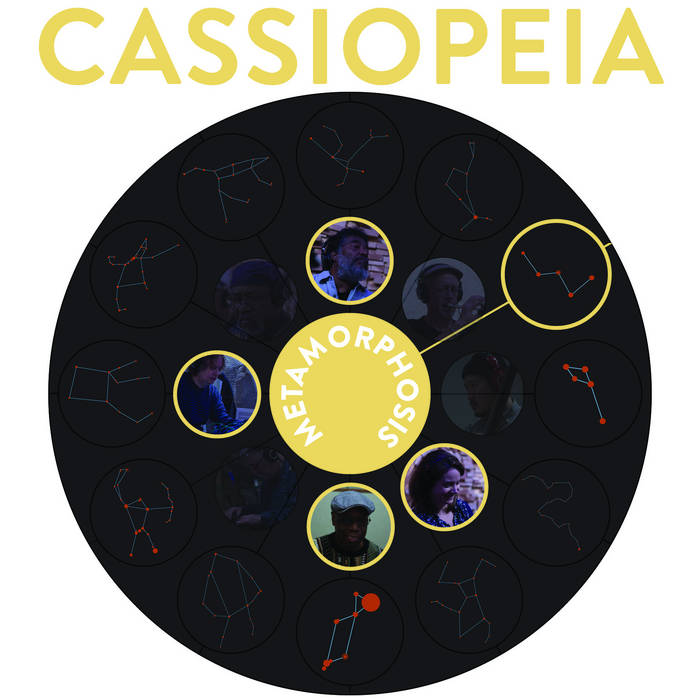 Notes about this track from Dave Douglas:

"Cassiopeia is the Queen banished to the night sky as punishment for her vanity. She speeds around the sky off-kilter, clinging to her throne so as not to fall off. Matt Mitchell’s modular synth sets the shape of this performance, limning the angular shape and off-kilter feeling of Cassiopeia. He is joined by Kris Davis on prepared piano and Andrew Cyrille mostly on mallets. Wadada Leo Smith soon joins them on harmon-muted trumpet, providing intervallic shapes in contrast to the electronic and percussive textures. Pure of tone, Wadada plays one of the most direct, poignant solos I’ve heard, drifting off into nothingness at the end."