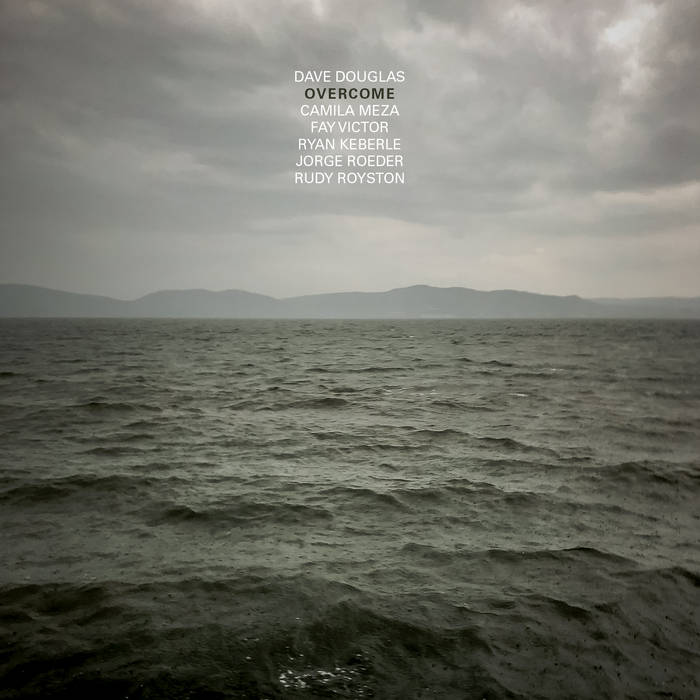 Lucky Is Our Doggy

The project began in discussions with Ryan Keberle about what more we could do to address the changes towards justice we both see as crucial to our country and our society. Racial justice. Climate justice. Voting justice. Gender justice. Scientific justice. And now the push for science to begin to push back the virus so we can all gather together again. We decided we could make music devoted to civic engagement and speaking out on these issues. And in an election year, we saw the band touring in swing states around the country. Without any touring, those plans changed. But I was determined to follow through on the creative vision for the project and began writing in earnest in April 2020.

The first thing that came naturally to the project was my arrangement of We Shall Overcome. We’ve been singing that for years and felt like with two vocalists like Fay and Camila, we could make a new unique version of the piece. Camila chose the verse, “We Are Not Afraid,” from among several available. It’s so strong. Then I began writing the original pieces. The word “Overcome” started to take on new resonances through the depth of feeling and resilience during this time of isolation. We began the process of recording in July 2020, and passed files back and forth over the next few months.

Once complete, it was hard for any of us to imagine we had not been in the same room when this music was made. I am so grateful to Jorge, Rudy, Ryan, Fay and Camila for helping me pull this off. I’m all grateful to Tyler McDiarmid for helping us out with engineering throughout the whole process. We are Overcome. We Shall Overcome. Enjoy.

Special thanks to Mark Weiss at ‘Lions with Wings’ and ‘Earthwise Productions’ for co-sponsoring this project.

All arrangements by Dave Douglas

"... listening to it you’d swear they were all in a single room, singing and playing together. It’s really beautiful."
- Stereogum

"We Shall Overcome ... it’s a passionate statement of standing up to all of the forces facing racial, climate, gender, scientific and voting justice."
- Vancouver Sun

“More and more, artists have also discovered ways to connect across the ether, collaborating from their respective bubbles. Trumpeter Dave Douglas made a digital album this way, called ‘Overcome,’ with singer / songwriters Fay Victor and Camila Meza, and a few other partners. They created the music in pieces, passing files back and forth. But the sound of their communion makes it seem as if they’re all in a room together. That’s precisely the image they’re seeking to evoke, and the hope they’re holding onto in the meantime.”
- NPR Morning Edition

"... as the individuals wail, moan but also coalesce in listening to each other's songs, so a collective sound gels from the disparate parts. Apart from each other but still a part of the voices of all."
- Jazzwise

"Despite recording their parts individually and passing the files back and forth over the internet, the sextet, including vocalists Fay Victor and Camila Meza, are so fluid and responsive one might never know this record’s extraordinary circumstances."
- Bandcamp Daily