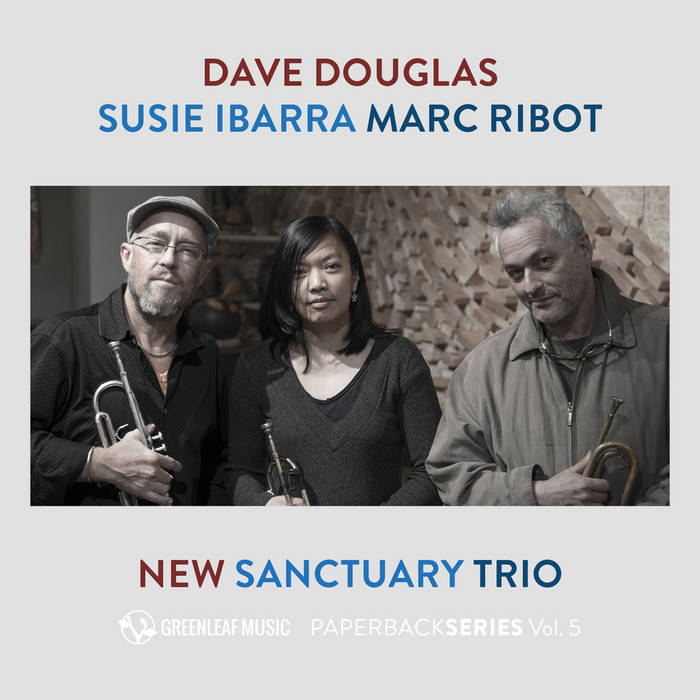 John Cratchley The 2016 Greenleaf Subscriber monthly recordings collected...simply unmissable if you want to hear cutting edge composition and improvisation from three master musicians...no brainer!
Check out Greenleaf Records if you haven't already (especially the podcasts 'A Noise From The Deep')...you won't regret it...

"A series of twelve short compositions, each named for an Italian month of the year. The pieces of New Sanctuary were released one per month throughout 2016.

Sanctuary, a long-form 2-CD composition for improvisers I created in 1996, instigated an octet in a series of 16 pieces suggesting various improvisational directions. The construction of Sanctuary was directly inspired by the story of the building of the Duomo in Florence by Filippo Brunelleschi. This piece retains the connection to Italy in design and conception.

New Sanctuary is another approach to the problem of writing for improvisers. Each composition is one stave long, in other words, the entire suite fits on twelve staves of music. It challenges the performers to maximally tease out the implications of each idea, using their own personal vocabulary to develop and explore the music in fresh ways every time. Each performance invites the improviser to go further; each time is an entirely new solution.

Marc Ribot is a guitarist I have been listening to for a long time. Whether with Tom Waits or Don Byron or John Zorn, Marc’s textural language has always been rich and fascinating. I invited Marc to play on the album Freak In some years ago. I’m glad to be reunited with him in New Sanctuary.

Susie Ibarra is similarly gifted as a textural colorist. Susie played in El Trilogy, the suite of music I wrote for the Trisha Brown Dance Company. Aside from the drums, Susie also plays Philippine percussion instruments known as kulintang. She uses the microtonally pitched bells to great effect here.

This session was also chance for me to employ a panoply of mutes and ‘extended techniques’ on the trumpet. For the first time on record I am using aluminum foil on the bell of the trumpet, which is heard on this first track from the session. Ribot also brought his trumpet to the session and it is heard occasionally along with his guitar sound. Susie Ibarra reports as an aspiring trumpeter as well, though she did not play it at this session."