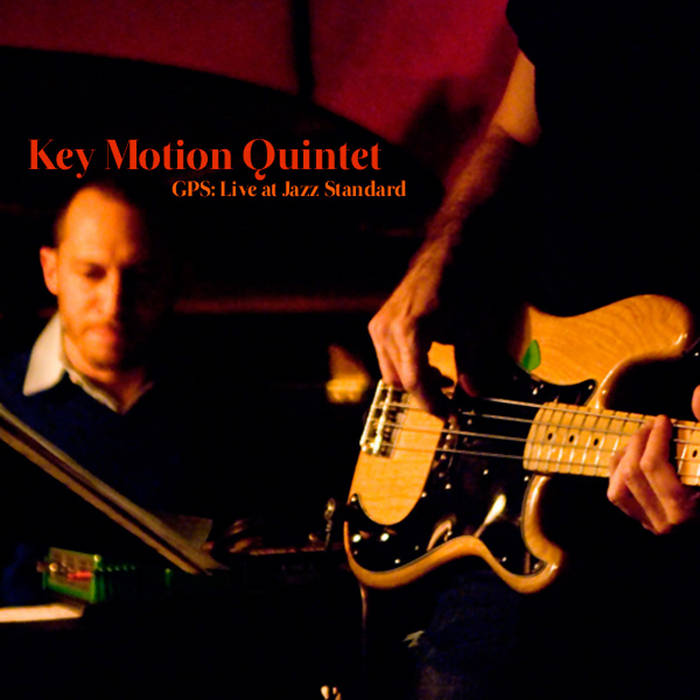 Equal parts Keystone and Perpetual Motion, the Key Motion Quintet is co-led by Dave Douglas and Donny McCaslin with Adam Benjamin, Tim Lefevbre, and Mark Guiliana. These three cuts are from the GPS: Live at Jazz Standard celebration in December 2011 which was one of only two performances with this band.

“Moonshine” by Dave Douglas originally appeared as the title track to Dave’s 2006 album—a nod to an all-but-forgotten silent film by Buster Keaton and Roscoe “Fatty” Arbuckle that you can view here.

Donny McCaslin’s tune “L.Z.C.M.”—a fuzzed-out bow to the greatness of Led Zeppelin and Christian McBride—is one of the liveliest cuts from his 2011 electro-infused album Perpetual Motion, played here with equal urgency. The otherworldly magic of the Adam/Tim/Mark rhythm section is a definite feature here.

“Handwritten Letter” is one of a collection of Quintet tunes by Dave that has not yet appeared on a studio album. It was first heard at the Dave Douglas Quintet Village Vanguard shows that broadcast on WBGO in 2009—a set that you can hear here on Bandcamp. Fair warning: this tune blazes. Monitor your volume knob injudiciously.