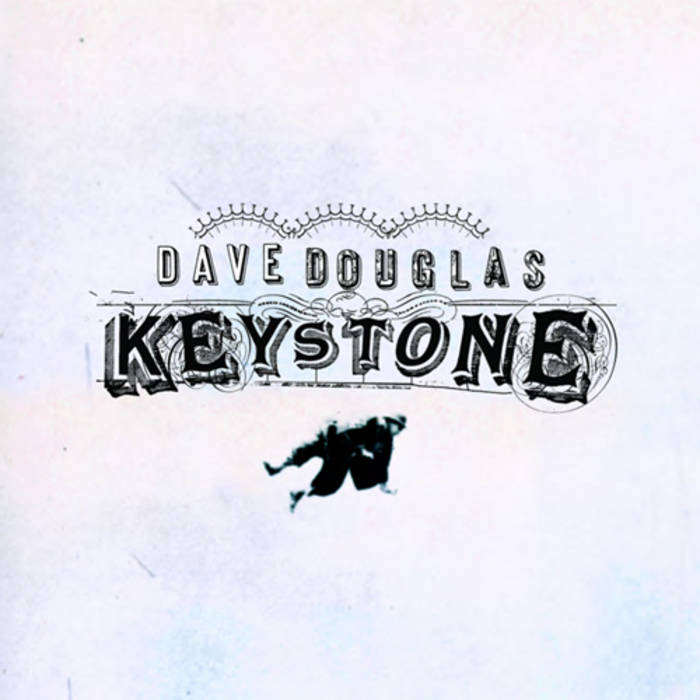 Steve Lawson Love this! So evocative without straying into pastiche. Brilliant.

Nominated for GRAMMY for 'Best Contemporary Jazz Album' in 2005, Keystone features Douglas compositions inspired by the great and unfairly maligned Roscoe ‘Fatty’ Arbuckle, one of America’s earliest and funniest movie stars. Focusing on his early works for the Keystone production company (1915-1916), the new music attempts to mirror the humor and drama, the tragedy and hilarity of Arbuckle’s films and his life. The electric invoked scores are warm, funny, funky, and experimental, perfectly capturing the atmosphere of the films.

Keystone is a two-disc release: a CD and a DVD. The CD contains eleven music tracks which present themes Dave Douglas composed for Arbuckle’s films. The DVD contains two items; first, Roscoe Arbuckle’s 1915 film “Fatty and Mabel Adrift”, accompanied by Dave Douglas’ new score (comprised of the above-mentioned songs plus about seven minutes of additional music Dave wrote for this film). Also included is “Just Another Murder”, a music video for this Keystone track compiled and edited from the film “Fatty’s Tin-Type Tangle”, directed by Arbuckle in 1915.

Life is a tight rope. We never know when we're going to fall or how far. Some never do. Some ride the edge for the longest time, always pushing the boundaries and giving us a glimpse of immortality. Others shine for a brief moment only to be destroyed.

Of the many celebrity trials we have witnessed in the last century, one of the most tragic and unfair was also one of the first. It was the trial that caused Roscoe Arbuckle's third jury, after deliberating a total of six minutes, to issue him this extraordinary apology:

"Acquittal is not enough for Roscoe Arbuckle. We feel that a great injustice has been done. We also feel that is was only our plain duty to give him this exoneration. We wish him success and hope that the American people will take the judgement of 14 men and women who have sat listening for 31 days to the evidence that Roscoe Arbuckle is entirely innocent and free from blame."

At the height of a brilliant, innovative creative career, one of the best paid entertainers in the country, in 1921 Arbuckle was destroyed by the scandal (with the collusion, it seems, of the studio heads) and never regained his place as a pioneering film maker and funny man. A few friends, Buster Keaton, Mabel Normand, and his wife, Minta Durfee, stuck by him and pestered the studios to put him back to work. But his films were removed from circulation and only the darkest rumors persisted, even to this day.

Roscoe Arbuckle (born March 24, 18...) lived a tough life. He did not like being called Fatty. He seems to have wished he could slip out of the fat suit the way Chaplin slipped out of his oversized suit (initially lent to him by Arbuckle, the suit became Chaplin's trademark). By all reports a sweet, funny, private man, his films spoke to me when I was researching early silent film history. I like these early films the most because it seems as if the telling of the tale is more important than the tale itself. You can watch an Arbuckle short, thoroughly enjoy it, and then find yourself asking: What just happened?

There is a levity and a fast pace to his work that made me feel it would work modern music. Fatty and Mabel Adrift, shot in 1915, was on the cutting edge of narrative filmmaking. The technology was exciting and new. It must have been a thrill to come to work each day and dream up new scenarios and new ways of capturing them. In a way, working with electronic music I feel in the same situation.

These scores are meant to evoke the atmospheres and feelings in Roscoe's early work. Innocence, caring, devotion, and a wicked, winking sense of humor and the absurd. On the DVD side, my music is timed up to the film. On the CD side the pieces are represented in their entirety.

I personally have to thank Jon Yanofsky at The Paramount Center of the Arts, housed in an old movie house in Peekskill, NY, for asking me long ago to initiate this project.