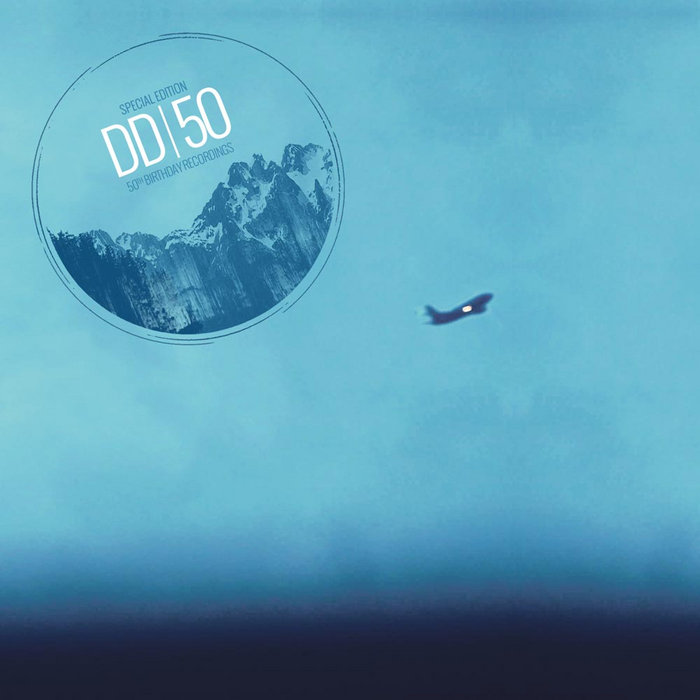 Even in his 50th year Dave Douglas shows no sign of slowing down. In fact, this milestone proves to be a focal point in a reexamination driven by many events in his life: musical, personal, spiritual and emotional. Three releases show that process, 2012’s intimate, reflective and intensely personal Be Still, 2013’s hard-driving, straight-ahead Time Travel, and his newest work, Pathways, written for sextet as a farewell soliloquy to his beloved ten-year tenure as director of the Banff International Workshop in Jazz and Creative Music. Taken together, these three albums represent a snapshot of the trumpeter and composer’s 50th year, in some ways summing up his journey thus far and in other ways only hinting at future paths he will soon embark upon.

Dave Douglas described the title of 2012’s release, Be Still, as “aspirational”, and the story of its creation is an uplifting one. Before Douglas’ mother passed away following a three-year battle with ovarian cancer, she gave her son a list of hymns to play at her memorial service. After arranging and performing them at the service, Douglas felt a powerful imperative to search deeper into their meaning. The resulting album brought out his lyrical side, and introduced both a newly configured Quintet, and an important new collaborator, vocalist and guitarist Aoife O’Donovan. The intensity of Douglas’ focus on the music of Be Still is understandable given the album’s origins, and the resulting pieces are a marriage of folk song and congregational hymnody with sophisticated harmonies and rich rhythmic underpinnings.

Thus began the musical journey of Douglas’ 50th year. The album garnered rave reviews, with Stereophile proclaiming it “one of the best-sounding new recordings [we]’ve heard by anybody in quite a while.” Likewise, The New York Times called the album “gorgeous and contemplative,” while the Los Angeles Times described it as “a lush collection of hymnals and elegies reworked into widescreen jazz.”

Never one to stay still for long, Douglas soon unleashed a new and exciting record using the same band (albeit without Aoife O’Donovan) of saxophonist Jon Irabagon, pianist Matt Mitchell, bassist Linda Oh and drummer Rudy Royston. “This core group was intended to be my new working band,” says Douglas of the instrumentalists on Time Travel.

Again, Time Travel garnered wide acclaim. Down Beat anointed Douglas “the unassuming king of independent jazz, a model of do-it-yourself moxie, initiative and artistic freedom.” AllAboutJazz.com wrote: “Featuring some of today’s brightest new stars, the current incarnation of Douglas’ Quintet reflects the independent spirit of a pioneering artist whose intrepid enthusiasm manifests itself in his choice of gifted young collaborators. Lending credence to its title, Time Travel displays the boundless creativity of a group that derives equal inspiration from both past and future.”

The final installment of this 50th-year triptych is Pathways, commissioned by The Banff Centre and first performed on June 9, 2012 during the final concert of Douglas’ tenure as director. As Douglas explains: “This record is a summing up for me: of the great affection I have come to hold for Banff, of all the wonderful young musicians who have attended the program, and of all I have learned as a result of those interactions. It’s also an appreciation of all my experiences in the great outdoors, so majestically present in the Canadian Rockies. And of a great partnership with these fine musicians. I know these Pathways will lead to new, unknown trails, and I relish the next adventures.”

“I was delighted to be able to reunite many of the musicians of my Sextet who also joined the campus as visiting artists,” writes Douglas in the liner notes. “I am grateful to all them for getting inside the piece and resonating with me the feeling for the context.”

All of the pieces are based on the J.S. Bach chorale Es ist genug. In the opening piece, O’Donovan sings a re-harmonized version of the chorale melody more or less straight, with a beautiful lyric she adapted from several sources. From there, the other pieces explore variations of the material, each one featuring a different player in the ensemble.

A special preview of Pathways will take place on September 23 at 7:00 PM, when–as part of Douglas’ annual Festival of New Trumpet Music–the sextet plus special guest Heather Masse will perform at St. Peter’s Church in New York City. This concert will feature music from all three discs and celebrate the coming release of the DD|50 Box Set.

To ensure this collection is a fitting addition to the Dave Douglas catalog, a beautiful and rugged two-piece full-color box with a foil-wrapped DD|50 logo was designed to house the contents. In addition to the three CDs–the physical version of Pathways is exclusive to the box–the set is rounded out with some special extras. A DVD with previously unreleased in-studio performances and art videos shot by Christoph Green of Trixie is included, as well as a download card granting exclusive access to bonus alternate takes and unreleased tracks. A limited-edition, signed and numbered version will be available for hard-core fans and a “complete-your-box” offer for those who already own parts of the set will be announced.

The music embodied on these records is a reflection of Douglas’ recent artistic achievements and each album represents a distinct view of Dave Douglas as he turns 50. Combining them in a special edition box set, together with a DVD and bonus tracks, provides fascinating insights into Douglas’ creative process and a glimpse of the inner workings of an important artist at a fruitful and important milestone in his career.

Original compositions and arrangements by Dave Douglas except where noted

All music recorded and mixed by Joe Ferla