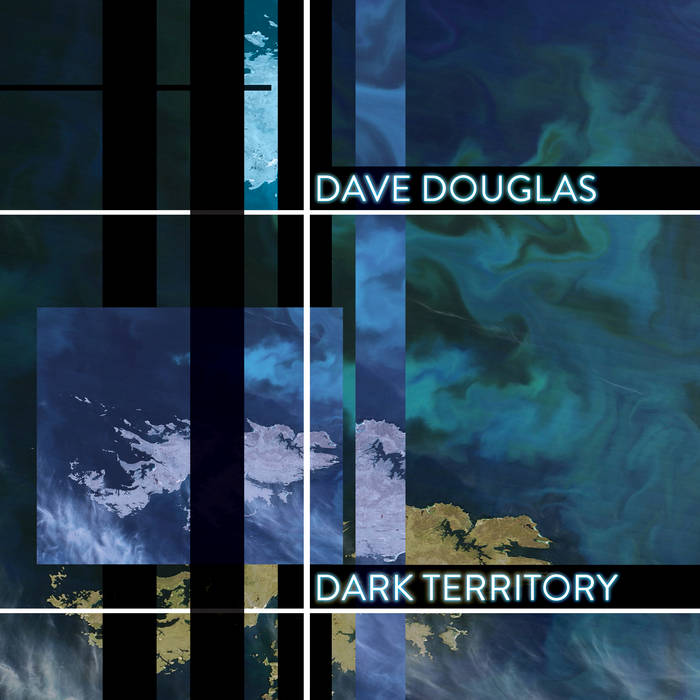 John Cratchley This band has a truly inspiring trajectory; immune to demarcation and designed to circumvent the barriers of definition...
There is such freedom and flexibility, but it is combined with the utmost rigour...I wouldn't expect any less from a Dave Douglas project; his vocabulary is all-encompassing with a mechanism that embraces astonishing leaps of faith and inventiveness...but nothing is wasted; an absolutely concise amalgam of intellect and emotion.

Dark Territory is a collection of new music from the creative electronic-inspired ensemble High Risk. Following the success of the group’s eponymous release in 2015, this new album continues to explore the intersection of creative improvisation and modern electronic music production to create a unique sound that Pitchfork described as, “simultaneously chill and surprising, it’s the sound of a group discovering a valid language, and then proceeding to push the limits of that new aesthetic.”

“This ravenously adventurous trumpeter and composer is no stranger to electronica. With High Risk, alongside the drummer Mark Guiliana, the bassist Jonathan Maron, and the beats master Shigeto, Douglas fearlessly follows his muse farther down the rabbit hole, to a place where jazz improvisation collides with contemporary sonics.”
The New Yorker

“Prolific jazz trumpeter Dave Douglas has always been an experimentalist—he’s collaborated with everyone from the Trisha Brown Dance Company to Tom Waits—but his most recent project, High Risk, might just be his most eclectic yet.”
Billboard

“Mr. Douglas, the trumpeter and composer, renewed his smartly probing engagement with electronic music on High Risk, an album featuring Shigeto, a beat-minded producer, along with Jonathan Maron on electric bass and Mark Guiliana on drums. The same coalition just released an engaging sequel, “Dark Territory,” … expanding on its designs with spontaneous interplay.”
New York Times

“By trade, Dave Douglas is a trumpeter, composer, and fearless explorer of jazz and other types of music that can be both composed and improvised (they often lie somewhere in between). The group’s individual talents allow the band to put itself in ‘high risk’ situations that ultimately pay dividends in equally high rewards.”
EARMILK

“Dave Douglas’s second release with his electronic group ‘High Risk’ is true to form of the trumpeter’s modus operandi to avoid repeating the same thing twice. From art-noise to spastic dub tempos curious themes run the gamut with each track presenting something unique.”
All About Jazz

“His volume of output and clarity of vision is highly impressive.”
WBGO

“Dave Douglas and his ‘High Risk’ quartet are doing is what jazz musicians do best: taking the sounds and influences around them, personalising them, adapting them and moulding them into an expressive language.”
The Irish Times ★★★★★

“Dark Territory is a terrific album—dark, moody, virtuosic in a manner both combustible and streamlined.”
Stereophile

“The ever-inventive Douglas ruminates and toasts with a brittle tone and moody mute while DJ Shigeto conjures brooding textures from industrial clangs, abstract beeps and sampled vintage organ. Bassist Jonathon Maron adds to the menace with funky riffs and the deep whoofs of hip hop and jungle. And with drummer Mark Guilliana solid in the holding role, the traditional jazz rhythm section is brilliantly re-cast.”
Financial Times ★★★★☆

“The more I listened to the Dark Territory record, the more I bought the notion that Douglas connected with the perfect personalities to vivify his jazztronica goals. The music is thick and nasty, ominous and aggressive, lithe and alluring – don’t blink, it’s always morphing. And it always has as much gravitas as it does digital sheen. The trumpeter has said that this band deals with the “dangers and challenges of technology.” Along the way, their electro-acoustic ruminations emit both seductive designs and emotionally provocative missives.”
Jim Macnie