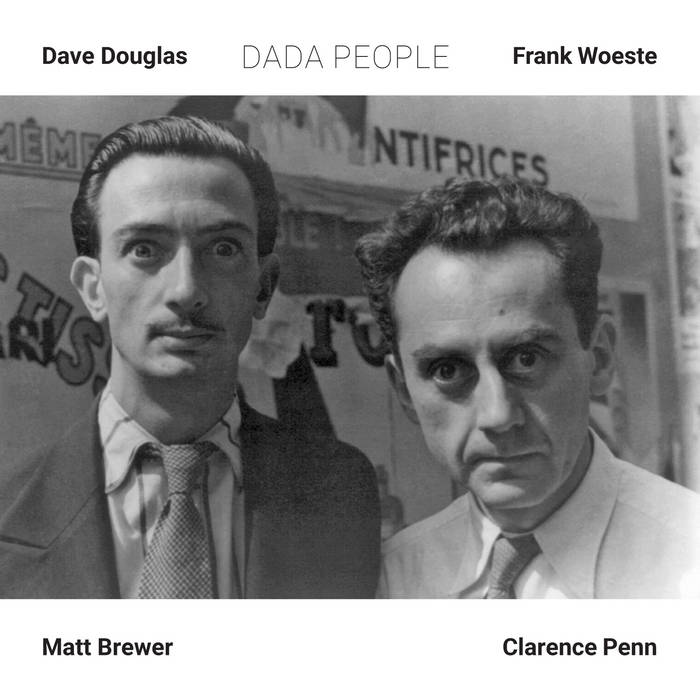 chorna This is a beautiful, lyrical session. The interplay between Dave Douglas's trumpet and Frank Woeste's keyboards creates some surprisingly lush textures and the rhythm section of Matt Brewer and Clarence Penn lift it to another level. A real find.

John Cratchley Frank Woeste! Great choice...check out his work with Ibrahim Maalouf.
I really like the way DD works with electric piano.
Brewer and Penn...dream quartet or what?

In the years between the two World Wars, the Dada movement questioned, altered, teased and undermined the very idea of art. A century later, trumpeter Dave Douglas and pianist Frank Woeste draw inspiration from that “art of reinvention” with their collaborative album Dada People, due out October 2016 via Greenleaf Music.

Perhaps no single artist embodies Dada’s slippery juxtapositions quite like Man Ray. Both French and American, commercial and avant-garde, Jewish by birth and mysterious by design, Man Ray epitomized the conflicting personae and attitudes that have come to define so much of the modern art world of the last century. Bridging the Atlantic through support from the French American Jazz Exchange, Douglas and Woeste explore those concepts through a 21st century lens, realized by a stellar quartet rounded out by bassist Matt Brewer and drummer Clarence Penn.